Besides emitting particles and transforming itself into a series of isotopes, uranium also has the ability to split itself into two lighter fragments when bombarded with neutrons. This splitting of the uranium atom releases energy. Uranium-235 can sustain a fission chain reaction, that is, enable split atoms to produce enough neutrons to trigger additional reactions so that this process is maintained without any external source of neutrons.

Uranium-238 cannot sustain a chain reaction, but it can be converted to Plutonium-239, which can. This ability to split atoms and release energy makes uranium important for nuclear weapons and nuclear power.

Health Risks
Uranium ore usually contains only a small percentage of pure uranium. As long as it remains outside the body, lower grades of this ore pose little health risk. However, if uranium is inhaled or ingested, its radioactivity can trigger the development of lung cancer and bone cancer. Rock and mineral collectors are generally urged to exercise extreme caution in handling, carrying and storing radioactive specimens, and to avoid letting children handle them.

Uranium at low concentrations is also chemically toxic and can cause damage to internal organs, notably the kidneys. The term cytotoxic refers to its ability to inhibit cell division. Animal studies suggest that uranium may affect reproduction and the developing fetus. The term tetratological refers to gross deformities in such infants. Its carcinogenic nature increases the risk of leukemia and soft tissue cancers, such as bowel cancer. Its mutagenic properties cause changes in the DNA genetic code and/or chromosomal damage.

Polonium-210 is the second last element in this decay series. It is also a left over from uranium mining. It is dumped into the tailing piles in quantities where its radioactivity is equal to that of uranium itself. The deadliness of Polonium-210 was revealed through the gruesome murder of Alexander Litvinenko in London, England in 2006. It is thousands of times more toxic than cyanide. It attaches itself to the red blood cells and targets all the soft tissues of the body. 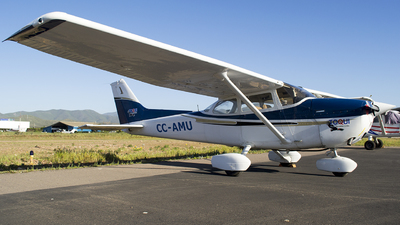